Unfortunately, even though most industrial robots are inherently precise (i.e., repeatable), they are not necessarily very accurate. One cost-effective approach to obtaining a more accurate robot is through calibration, where the actual kinematic and non-kinematic parameters of the robot model are identified and improved upon when compared to the nominal model. This talk introduces pybotics, an open-source Python toolbox for robot kinematics and calibration. The talk will feature the following topics: 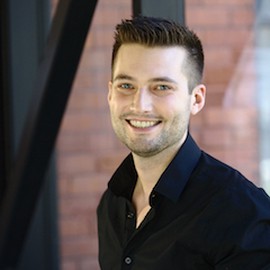